North Carolina Ports opted for a new Liebherr portals lewing crane type LPS 420. The multi purpose machine is equipped with a special designed curve traveling gear that allows the crane to travel a 90 degree curve with a inner radius of 90 metres. The fully assembled crane was handed over in autum 2019. 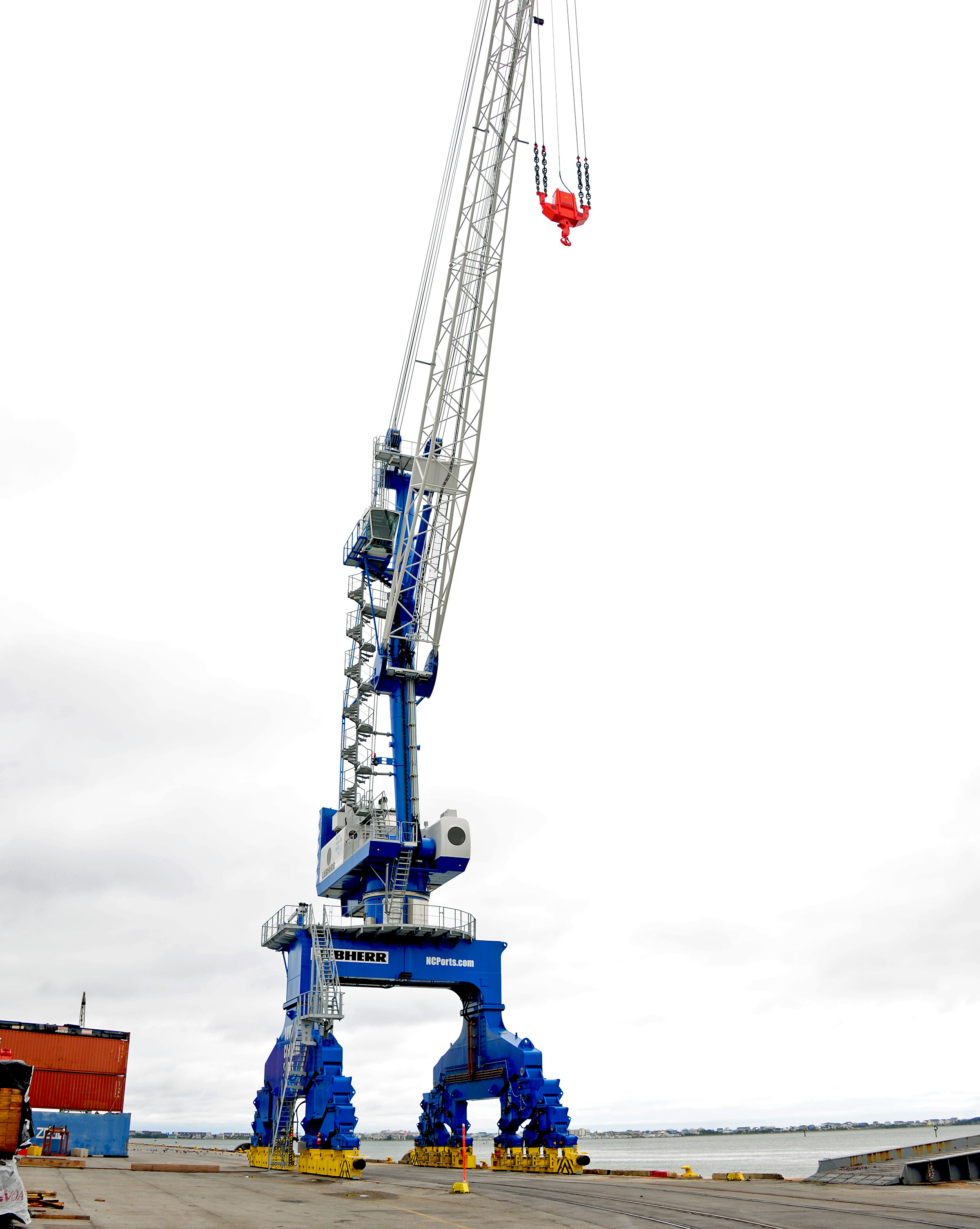 Rostock (Germany) February 2020 – In autum 2019 Liebherr Maritime Cranes handed over the first rail mounted gantry harbour crane to the United States of America. The customer North Carolina Ports (NCP) opted for a Liebherr LPS 420 with a special designed curve running gear for its terminal at the Port of Morehead City.

The special design of NCP's terminal required the crane to be ready for operation at all quay edges of the rectangular terminal. To ensure this, the rail-mounted gantry crane was equipped with a special curve running gear. This allows the crane to travel through a 90 degree bend with an inner curve radius of 90 metres.

“The addition of the new LPS 420 rail-mounted gantry crane at the Port of Morehead City represents North Carolina Ports’ commitment to investing in the future and long-term success of the Port, its customers and the North Carolina economy. The new crane will enable us to more efficiently handle a diverse range of cargoes and ultimately better meet customer demand.” – Paul J. Cozza, North Carolina Ports Executive Director

The Port of Morehead City is a breakbulk and bulk facility, is one of the deepest on the United States East Coast, and it’s just four miles from the Atlantic Ocean. Therefore, the new LPS 420 is equipped as a multi-purpose crane and will be used by North Carolina Ports mainly for handling grain and fertilizer. It is also used for various project cargoes, including parts of wind turbines, trains and rails. The crane was shipped fully assembled. Which means, no time-consuming assembly was required on site and the crane was ready for operation shortly after unloading. 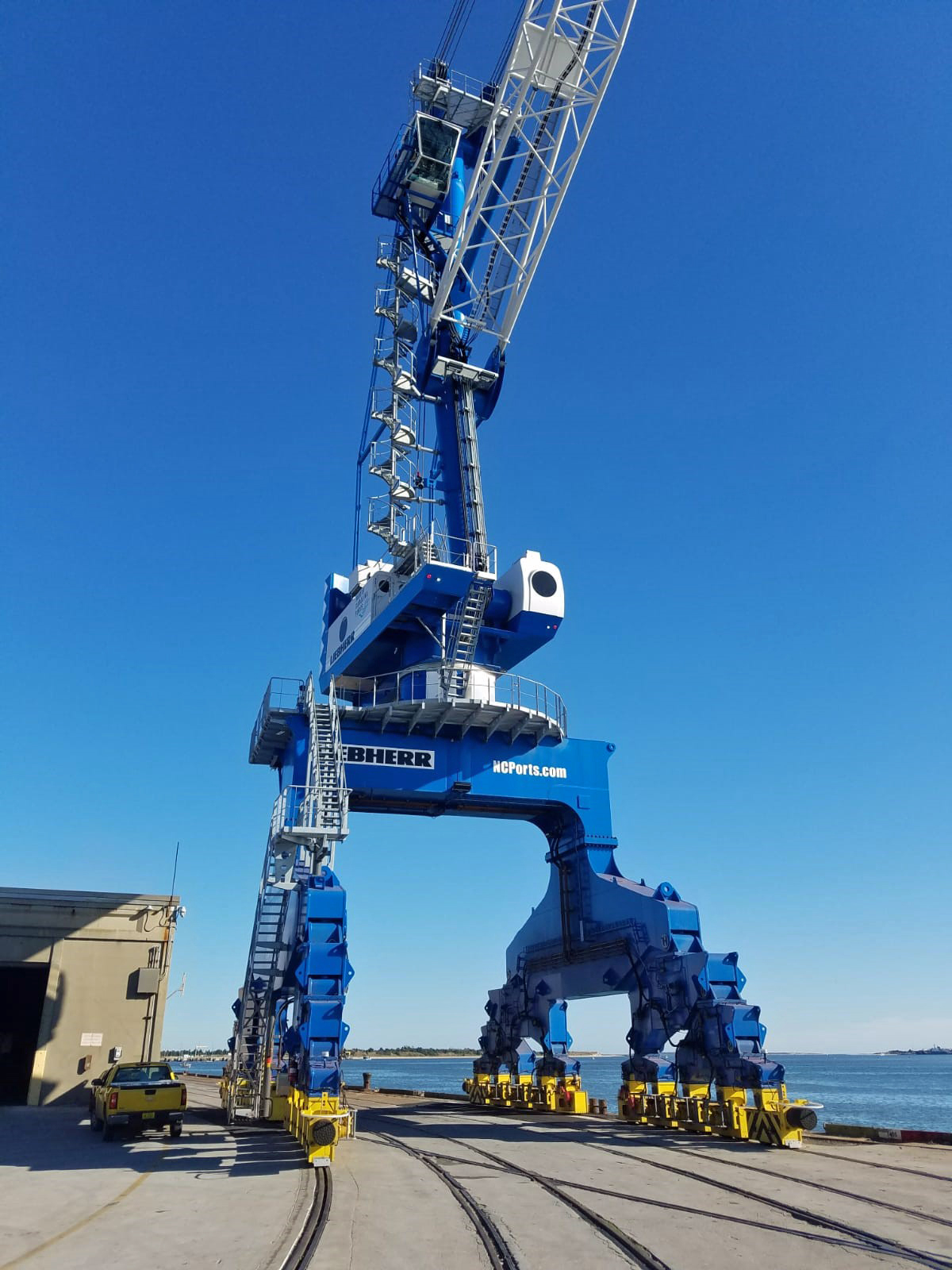