Large-scale projects in North America open up a world of possibilities for industry players.

Breakbulk and project cargo players can win big contracts across the continent.

From infrastructure to energy, here are five developments showcasing the breadth of projects north America has to offer – and the types of contracts up for grabs.


Costing a hefty $38.7bn, the Alaska LNG Project is one of the largest ongoing oil & gas projects in North America.

The Alaska Gasline Development Corp (AGDC) is the lead alongside partners BP, ExxonMobil, and Fluor Corp.

The project will commercialize the estimated 35 trillion cubic feet of known, recoverable gas on Alaska’s North Slope. It will be made up of three facilities:
In addition to the above gas facilities, a new road connection, the Kenai Highway Spur, will also be built. This is in order to secure site control for the proposed Nikiski LNG plant.

AGDC obtained federal authorization to construct and operate the Alaska LNG project on 21 May 2020.


Houston’s Nacero Inc. is pushing ahead with a $3bn gas-to-gasoline (GTG) plant in Casa Grande, Arizona.

GTG is seen as a more environmentally friendly alternative to conventionally produced gasoline.

Construction is expected to begin in 2021 and be completed in phases through 2025. According to Naceroa, Casa Grande will produce 35,000 barrels per day of cost-competitive, lower carbon footprint, zero sulfur gasoline.

100% of the plant’s electricity need will come from solar panels.

More details on Casa Grande can be found by watching the Breakbulk365 webinar “Industry Brightspots: Real Project Opportunities Ahead”. Nacero Director of Supply Chain & Logistics Lisa Haley was on hand to give more insights into the plant’s development – including how $1.5bn of cargo will be key to the development’s completion.


In addition to its existing Nevada factory, Tesla will build a $1.1bn production plant in Austin, Texas.

The new Gigafactory will sit on a 2,000-acre site, making it on-par with the Nevada facility in size, but roughly the same size as the company’s Berlin, Shanghai and Buffalo plants combined.

Construction broke ground in July 2020. Tesla owner Elon Musk wants it to be completed quickly. He is hoping the first new vehicles can start rolling off the Austin assembly line by year’s end 2020.

However, Elektrek reports that Tesla would aim to only have a general assembly line ready on that timeline. Tesla would keep building the factory around the first phase in order to increase production capacity of different parts in 2021.

Tesla’s new Cybertruck and its Model Y car will be built there, as well as the Model 3 and Tesla’s upcoming Semi truck. 5,000 employees will make up the factory’s workforce.

According to Tesla, the Texas Gigafactory is located just five minutes from Austin Bergstrom International Airport.

Musk’s other big company, SpaceX, operates a rocket launch facility at the far southeast tip of Texas near its border with Mexico.

The CAD$5.3bn project covers 19km of new LRT beneath Toronto’s surface and has been ongoing since 2011. While construction work has slowed due to the impact of the Covid-19 epidemic, project leads are confident it will be completed in 2020.


The US’ largest ever windfarm, the 2.64 GW Dominion Energy Coastal Virginia Offshore Wind (CVOW) commercial project, is taking shape off the Eastern Seaboard.

Project owners Dominion Energy has contracted Siemens to use its next generation of turbines. The SG 14-222 DD model boasts blades of up to 108m long, and a span of 222m as its name hints at.

If all goes to plan the turbine installations are slated to be completed by 2026, although the total number that will be used is still to be determined.

The commercial project builds on a 12 MW pilot scheme, completed in August 2020, which will saw two Siemens Gamesa turbines installed and up and running.


Breakbulk Americas is where the project cargo opportunities will be, as well as the region’s largest gathering of sector professionals.

The EPCs, government ministries, oil & gas companies, and more project owners are all there. It’s the place to do new business, win new contracts, and improve your project portfolio.

Talk to us about exhibiting at next year’s event.
Back 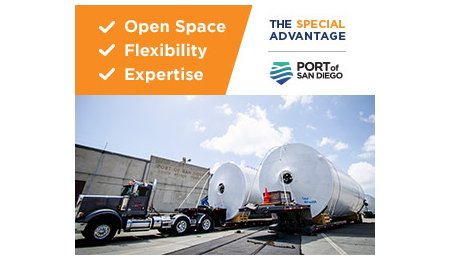 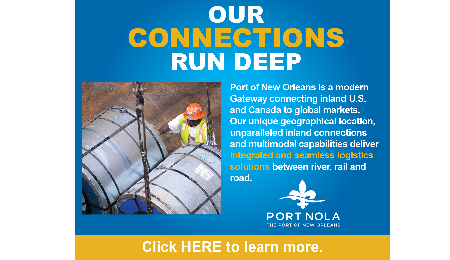