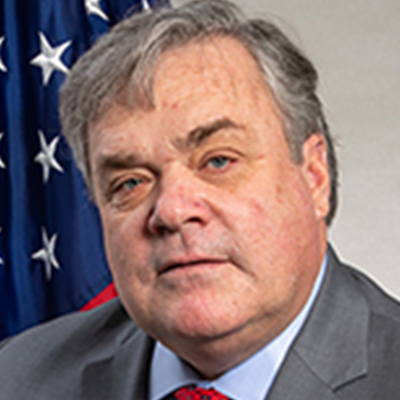 Prior to his appointment at the Federal Maritime Commission, Commissioner Bentzel created and established a consulting services company where he represented clients on regulatory and legislative issues. From 2004-2014, Commissioner Bentzel served as Vice President and head of the federal advocacy division of a full-scale public relations firm, the DCI Group.

Prior to working in the private sector, Mr. Bentzel served the public sector for ten years as a Senate professional committee staffer including, most recently, as Senior Democratic Counsel of the Senate Committee on Commerce, Science & Transportation. He moved to his role in the Senate after spending four years on the House Committee on Merchant Marine and Fisheries Committee where he served as Counsel for Maritime Policy.

Commissioner Bentzel’s primary areas of responsibility on the Senate Committee on Commerce, Science & Transportation were issues on maritime transportation; rail, surface and pipeline transportation; and homeland security in these areas.  While working in the Senate, Commissioner Bentzel served as one of the principals in crafting the Maritime Security Act of 1996, the Ocean Shipping Reform Act of 1998, and in 2002, after the attacks on 9/11, the requirements mandated for maritime security through the Maritime Transportation Security Act of 2002.

For his efforts in developing and negotiating passage of Maritime Transportation Security Act of 2002, Commissioner Bentzel was awarded the Coast Guard’s Medal for Meritorious Public Service and the Maritime Security Council’s Man of the Year award.  Mr. Bentzel is also the author of the chapter on Port Security within McGraw-Hill’s Handbook on Homeland Security.

Commissioner Bentzel earned his Bachelor of Arts from St. Lawrence University, his Juris Doctor from the University of Alabama, and his Master of Laws from the Admiralty Law Institute, Tulane University.

09/29/2021 10:40 09/29/2021 11:20 Economic Outlook: The Evolving Impact of COVID on Business and Projects This session will present an overview of how key industry sectors are continuing to recover from COVID and what the predicted outlook is for the next 12-18 months. Identification of industry hotspots as well as sectors that are lagging behind will help to illustrate this ever-changing picture and impacts on the project cargo industry.

Topics that will be of interest include:

"Economic Outlook: The Evolving Impact of COVID on Business and Projects"